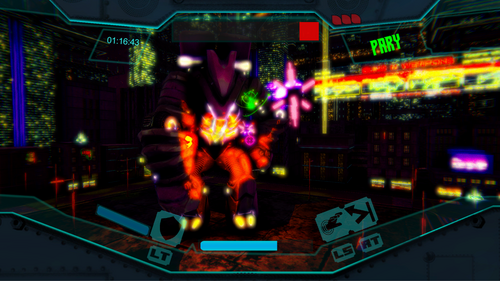 Hey there ! It's been a while since my last update, sorry for that !

But I've been working on some big changes in the game and now is the time to announce them !

In the next update the game will be playable with Occulus Touch ! I'll make a new post later to explain to you how it will work, until the update is released.

The third and last boss is also almost finished, design is over, behaviours almost all there, just a bit of level design left and debugging to do !

An immersive Arcade game in VR